I just finished a "MIDI in" sprint and merged it into the master branch.

There is now a "MIDI source" node, which can be used to feed MIDI events from any ALSA device, e.g. you USB keyboard, into the graph. 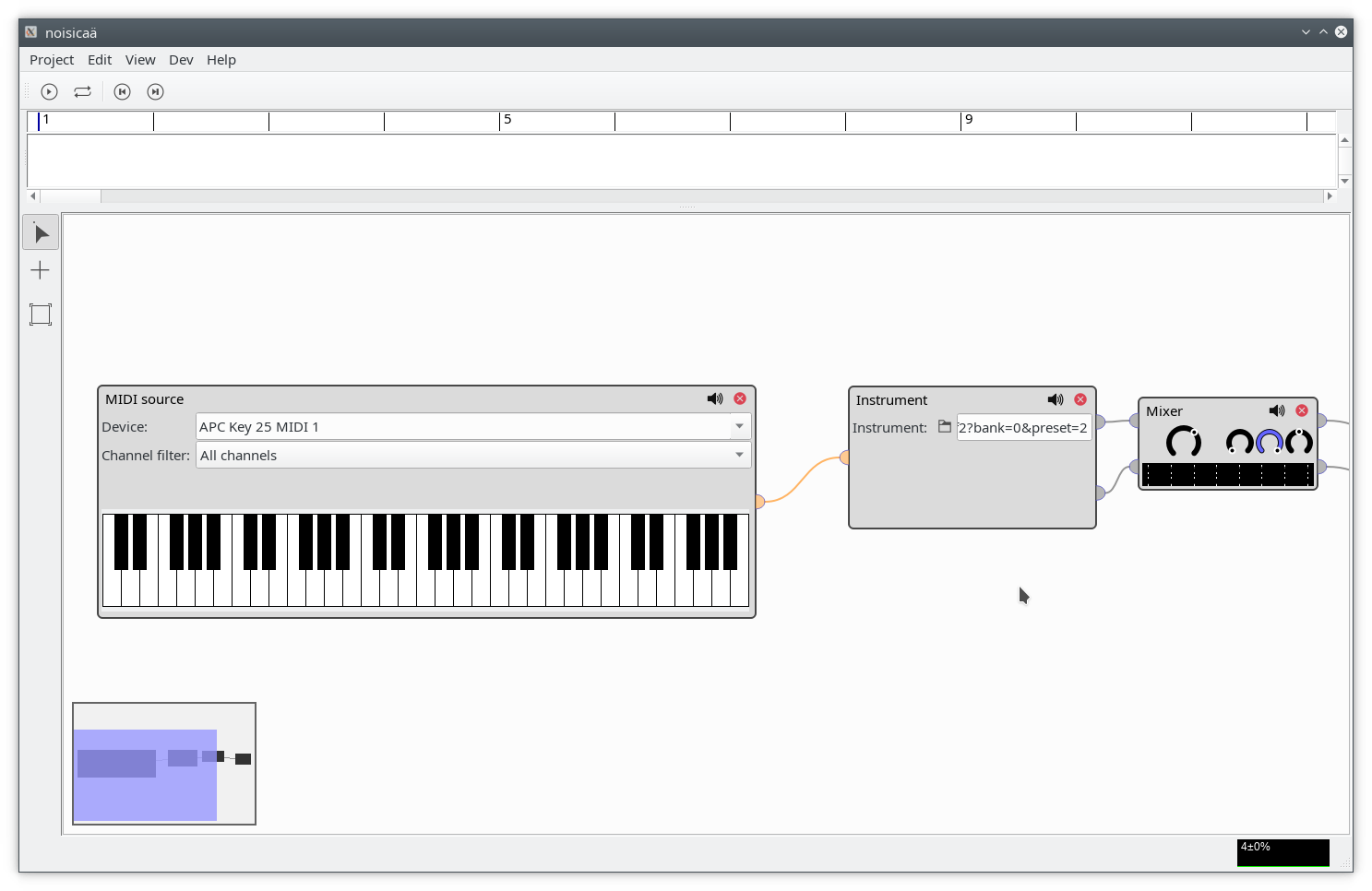 There used to be some similar functionality written in Python, but that lived on the UI side and MIDI events were fed to the backend via RPCs. And that implementation gradually fell apart, as I was refactoring things over the past month. So the only place where it was used (the onscreen keyboard in the instrument library, which could be connected to a real MIDI keyboard) didn't even work anymore.

The new implementation is pure C++ and MIDI events are collected directly in the audio thread. Of course except for that onscreen keyboard, which still has to send it's MIDI events via RPC to the engine. But that's now done using the same mechanism for communicating with node processors, which is also used for other things.