Took a while, but I finally managed to kick myself back into a more productive mood. It was just a matter of getting started, but as usual that's the hardest part.

So here's the latest commit.

There were also some more commits to the master branch afterwards, but those were just maintenance work, i.e. upgrading the package dependencies, incl. mypy/pylint, which triggered some code cleanups. I just did not bother to create a new branch for that. 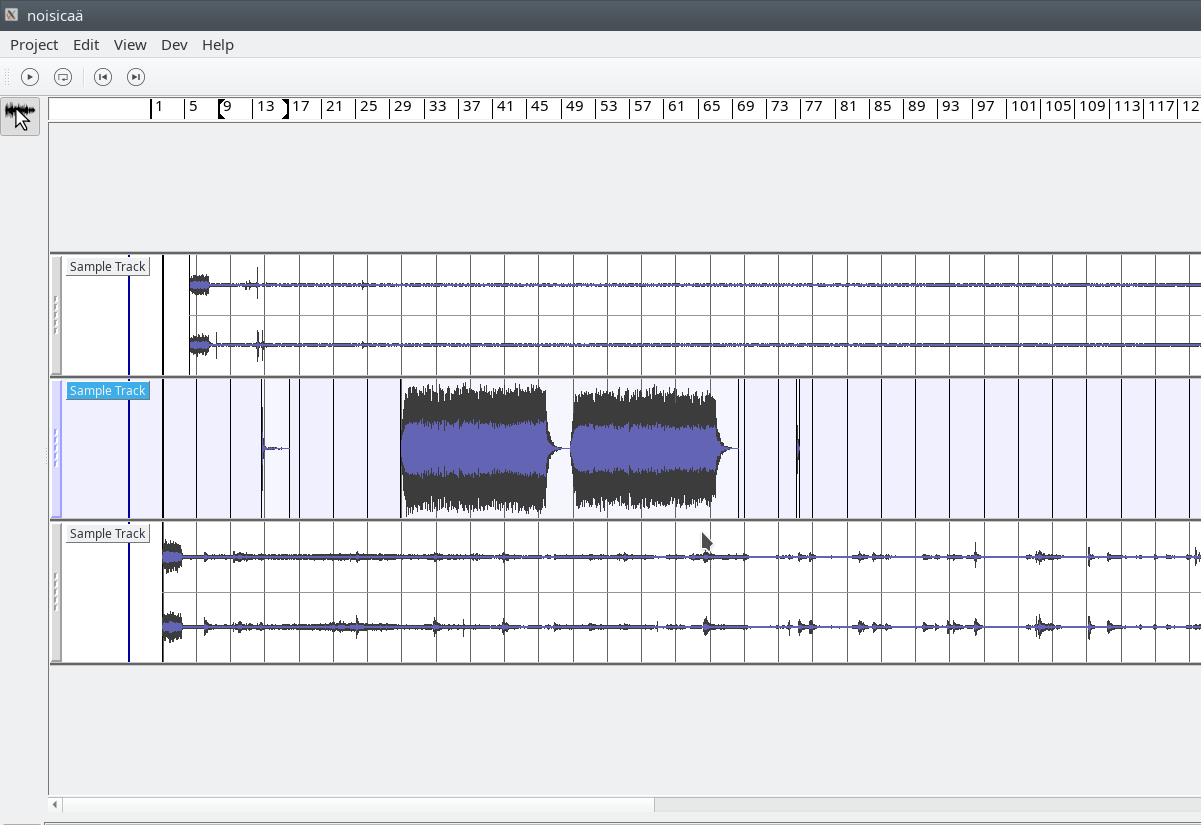 I made various improvements to the sample tracks (which I should really rename to "Audio Track") to make them at least somewhat usable - for my current purposes, which is to just import an existing song and then try to decompose it into its parts and rebuild those using noisicaä. I.e. I do not need anything fancy, just the ability to import an MP3 or FLAC file into a track and play it back. And do that without the UI blowing up.

Audio files are either read with libsndfile (like before) or piped through ffmpeg for formats like MP3 or AAC.

To get reasonably performant rendering, the audio data is split into chunks, which are rendered asynchronously and then cached. Even though the main number crunching is done by numpy, reading directly from a mmap'ed files, you still notice that this is Python (i.e. it could benefit quite a lot from a C++/Cython version).

The audio data is rendered as rms and min/max (should be the same way as Audacity does it). And stereo files are now correctly rendered as well.

There are still no advanced features, like editing, enveloped, disk streaming, etc.