Oops, already the next commit, though not a very big one (and I have to admit that I was already working on it when I wrote yesterday's update). 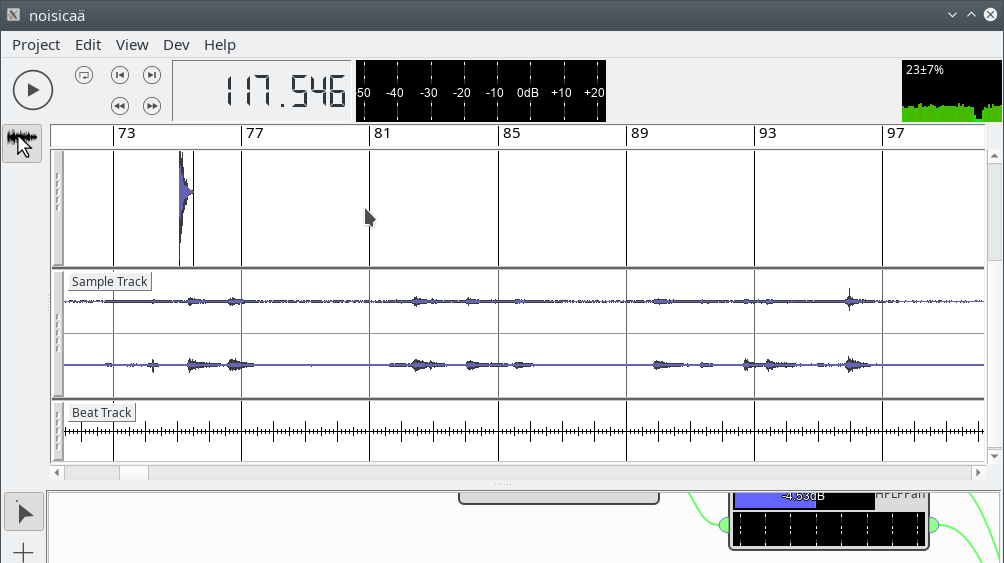 The toolbar has been redesigned. Instead of using the normal QToolBar widget, this is now using a custom layout. I rearranged the buttons, added buttons to move the playhead back and forward by a single beat, added a widget to display the current time (both in musical time and wall time), added a VU meter to display the master output level and move the engine load graph from the status bar at the bottom of the window into the toolbar. 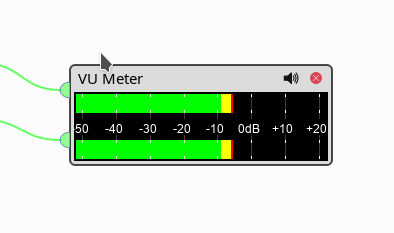 A simple node with just a VU meter display. I just needed the processor, which is invisibly added to the engine in order so send the master output level to the toolbar. Adding a UI to it and thus making it available to the user was simple enough.

Snap-to-grid when moving the playhead

Not much more to say about this.